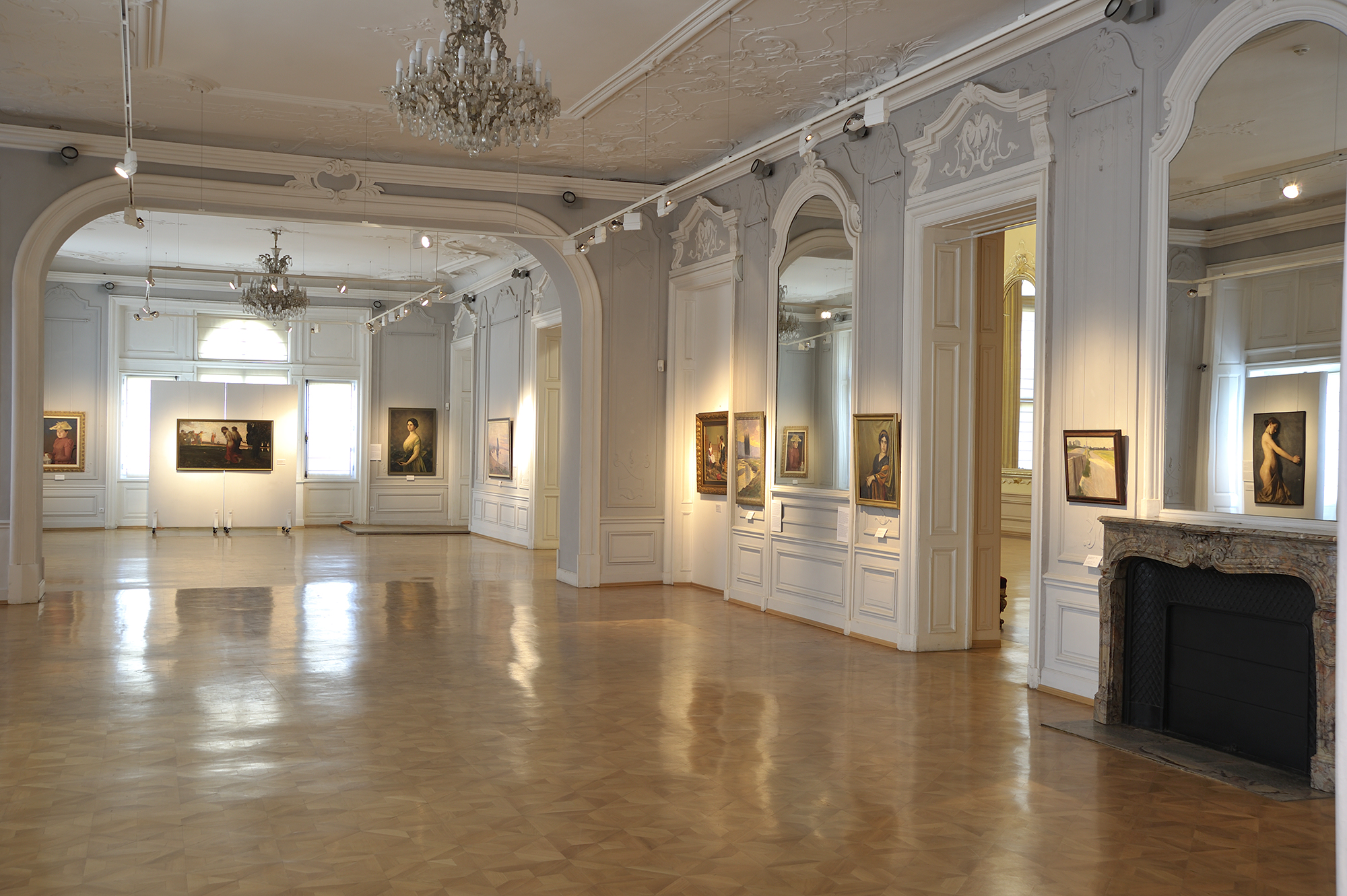 The first museum building housing the National Gallery was the Royal Palace. Today, temporary exhibitions of Bulgarian and foreign art are on display in its halls.

The Palace was built immediately after the Liberation of Bulgaria from Ottoman rule (1878) and following the selection of Sofia as the capital (1879).

The first Bulgarian Knyaz Alexander I Battenberg (1879–1886) assigned the Viennese architect Viktor Rumpelmayer (1830–1885) to reconstruct the former Turkish Konak. On 26 December 1882, the Palace was officially opened. The stone foundations and part of the main façade from the previous building are preserved. The new look embraced a variety of architectural elements in the spirit of the modern blend of neo-styles. A new wing was added to the building on the northwest. On its second floor are the throne room, ballrooms, reception hall, a dining room, and a winter garden. Downstairs are the palace offices. In the words of contemporaries, the building had acquired the charm of French palaces from the time of the Enlightenment. Today, the National Gallery is located in the central building and in this wing.

The second stage of construction took place during the time of Knyaz Ferdinand I Saxe-Coburg-Gotha (1887–1918). To the design of Austrian architect Friedrich Grünanger (1856–1929), between 1894 and 1896, the three-storey north-eastern building was erected to house the apartments of the Knyaz’ family, with a library, educational salons, games and entertainment rooms, a dining room and a reception hall, a covered entrance for the carriages and two winter gardens, guest apartments, staff rooms, and a lift. This wing now houses the National Ethnographic Museum.

After 9 September 1944, this most representative building in the capital became the seat of the Council of Ministers. In 1953, the state granted the former palace to the National Art Gallery and the National Ethnographic Museum.

The Image of The Master, Kvadrat 500
The Master and ‘Native Art’, The Palace

Under the patronage of Mr Rumen Radev, President of the Republic of Bulgaria