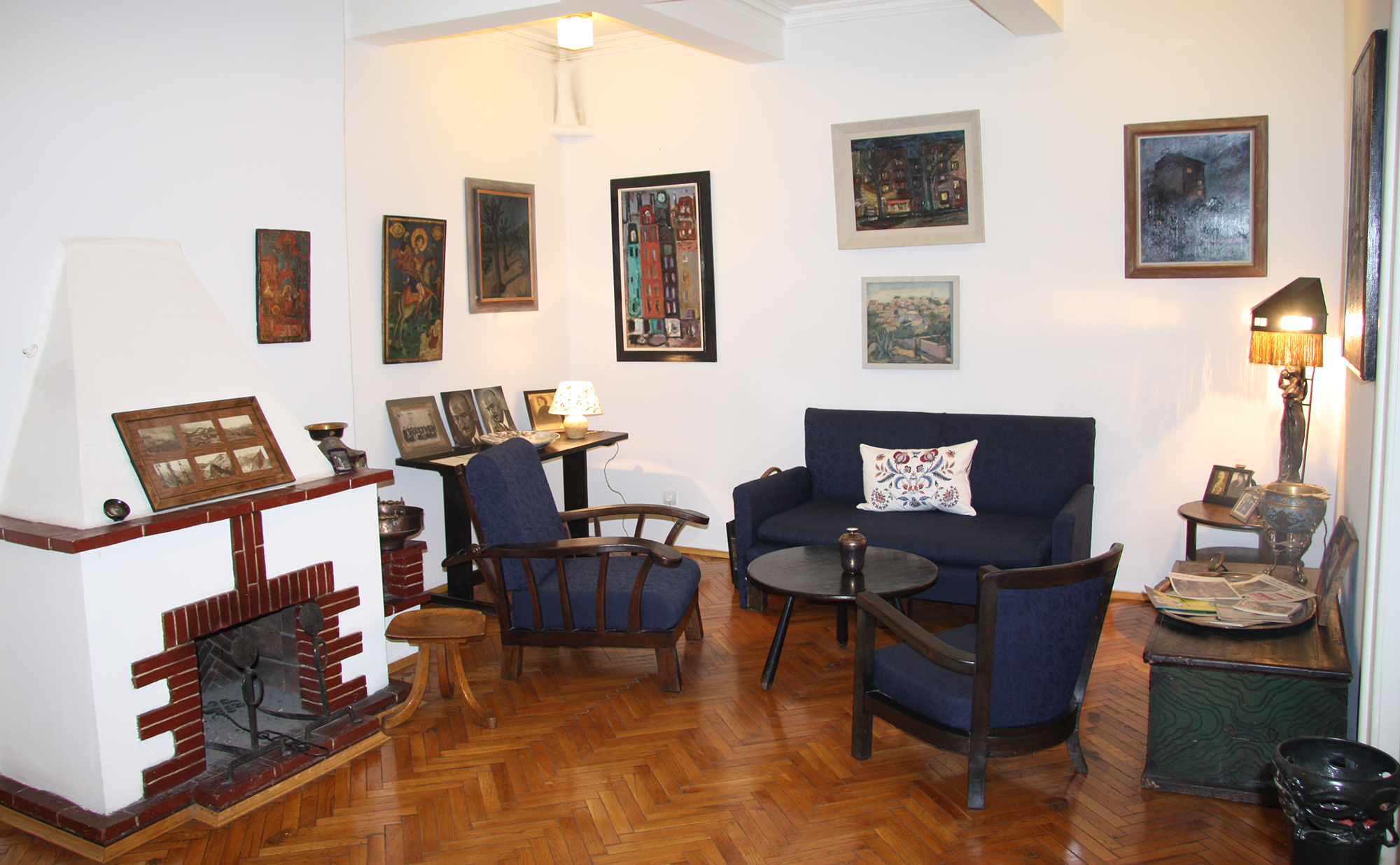 Vera Nedkova (1906–1996) belonged to the generation of artists who rejuvenated Bulgarian plastic culture in the 1930s. She studied and graduated in painting in Vienna and, in 1934, returned to Bulgaria to stay on and work on her native soil until the end of her days. Throughout her long life and creative path, the artist left a rich and varied heritage that is a reflection of her life. Having long since achieved the recognition of critics and the public, the art of Vera Nedkova has made a significant contribution to the development of Bulgarian culture.

The house museum opened in 2004, and is located on the second floor of a residential building. The apartment belonged to the Nedkov family following their return from Vienna. It was here that the artist created some of her most famous works.

In 1995, Vera Nedkova bequeathed everything she owned to the Bulgarian state as represented by the National Gallery. Her will stipulated that her bequest should be kept together in its entirety in memory of the Nedkov family and its mission within Bulgarian culture.

The National Gallery offers the opportunity to visit the house museums of distinguished figures in the history of Bulgarian art and culture from the first half of the 20th century. The sculptures of Ivan Lazarov and Andrey Nikolov, and the paintings of Nikola Tanev and Vera Nedkova are on display in the interior of their homes, where some of those works had been conceived and created.

The National Gallery also manages the following sites to be open to visitors:

Andrey Nikolov’s house was partially expropriated in 1974. In 1976, the sculptor’s son donated the rest. Public state property. In 2000, by a decision of the Supreme Administrative Court, parts of the property were returned to the heirs.

Tickets: 3 BGN from ticket offices of National Gallery in
– Kvadrat 500,
– Museum of Christian Art, housed in the crypt of the St Alexander Nevsky Cathedral
– The Palace
Free admission: children aged up to 12, physically disabled visitors, pupils and students of art schools, employees of museums and galleries, journalists, members of the Union of Bulgarian Artists (UBA), ICOM, ICOMOS, AIAP, AICA.