Following the four-day presentation of TERRAIN MEDEA at the Sofia City Art Gallery in April 2019, and the enormous interest that it elicited, we have the good fortune to continue this exhibition in a new spatial version! You should also expect the programme of accompanying events!

This is a project of the Legal Art Centre Association, realised with the support of Plovdiv: 2019 European Capital of Culture, New Bulgarian University, Goethe-Institut Bulgaria, Sofia Culture Programme, National Culture Fund, and the Azaryan Theatre at the National Palace of Culture.

‘An experience—key… to my childhood memories, to theatre as an art and a remedy…. Thank you for the shared thoughts, the tour and the image of a Medea “ripped apart inside”!’ Marina Delivlaeva; ‘Medea Experience. This is more than an exhibition. A process. A personal performance. I acted it. I experienced it.’ Georgi Toshev; ‘The exhibition is superb! Heartiest congratulations for the project that is extremely valuable to society and for everything you do for the social inclusion of children from minority groups!’ Silvia Trifonova; ‘Congratulations to the entire team of the Medea production and the TERRAIN MEDIA exhibition; for the provocation and the cause! This exhibition of drawings and objects made by the children from Stolipinovo, as well as children from the Armenian and Jewish communities, and with the incredible photographs of the characters of the performance, became the event of Sofia!’ Mariana Katsarova; ‘Just imagine children from Stolipinovo in the ancient theatre… that is exactly where they belong somehow, and such a decision to invite through the main entrance of both the dramaturgy and the theatre in essence—character and courage are needed to dare.’ Iglika Triffonova.

The exhibition presents stages of the realisation and upgrading of the Medea Project—one of the main focuses in the artistic programme of Plovdiv: 2019 European Capital of Culture. The possibilities of the modern theatrical product to play an integrational and educational role through the inclusion of children from different ethnic communities in Plovdiv in Medea, which will be performed only once, on 28 June 2019, on the stage of the Ancient Theatre in Plovdiv.

The two years of work with over 75 children led to the expansion of the scope of the project and the launch of new projects: The Journey of the Argonauts from Filipovtsi and Faculteta and #clipclaptheatre, Campaign for the Support of Children’s Education in Theatre, which were supported by the Sofia Culture Programme and the National Culture Fund. The exhibition presents video recordings of the socio-dramatic workshops led by Alexandra Gocheva, Georgi Gochev and Snezhina Petrova, shot by Nayo Titzin and Vasil Garnizov; children’s drawings and scale models produced in the art workshops of Tsvetelina Spiridonova; the photographs by Pavel Chervenkov with the project’s team of actors; the scenographic projects by Zina Gench, Anna Sophia Amadea and Valentina Javiera Pino Rayes from the Akademie der Bildenden Künste München, and the video installation, ‘clipclaptheatre’. The texts for the exhibition were composed jointly with Ivette Michelfelder, assistant professor in drama science at the Ludwig-Maximilians-Universität München, and her students. The phonogram that plays in the exhibition space includes documentary recordings of the socio-dramatic workshops with children and was developed by Kalin Nikolov from Snezhina Petrova’s idea, with music composed by Assen Avramov.

Why TERRAIN MEDIA? Because, while working on TERRAIN in different ethnic communities in Plovdiv and Sofia, we are expanding the scope of the modern theatrical product and providing access to its TERRAIN to new groups and audiences. We believe that THEATRE IS A TERRAIN study of our borders as artists, citizens and adults who seek to recall the childhood of human civilisation through myths, games, feasts, paintings and songs.

TERRAIN has the capacity to unlock creative intuitions for THEATRE. 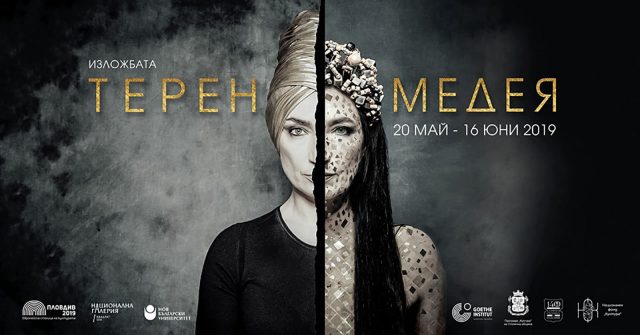